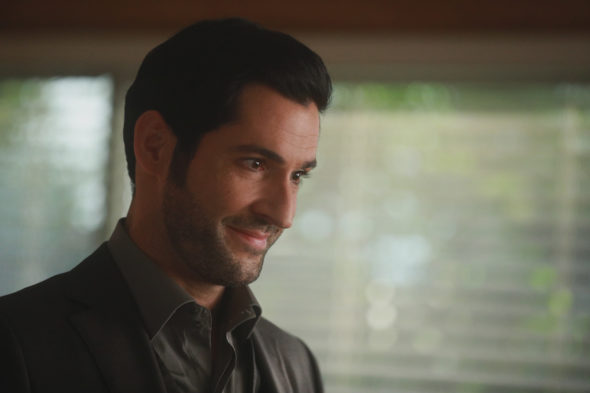 Looks like Lucifer Morningstar isn’t quite a lucky devil any longer. His show’s ratings have fallen year after year and so, FOX has cancelled its Lucifer TV show. Sadly, fans of the supernatural crime drama won’t be seeing a fourth season this fall.

Lucifer: A Look at the Ratings

The third season of Lucifer is averaging a 0.83 rating in the 18-49 demographic and 3.30 million viewers. Compared to season two, that’s down by 20% and down by 10%, respectively. While those declines aren’t huge, the series has seen dips in its ratings each season and the series could easily have been cancelled before. Apparently, the ratings dipped just a bit too low.

Out of the scripted FOX TV shows we’re tracking, Lucifer ranks 13th in terms of its demo performance and rises to 10th place in terms of average total audience size.

So… yeah. #Lucifer has been cancelled. And it fucking HURTS. I loved this show so damn much and everyone put their heart and soul into it. Heartbreaking doesn't begin to describe.

What do you think? Did you think FOX would renew Lucifer for season four? Are you sorry that the network has cancelled this Monday night series?

Um, this show had so much potential, but I can see why this show is being cancelled. Ive read better things from 5 year olds than these writers. I esp love how they made angels and Lucifer so weak and pathetic. great job.