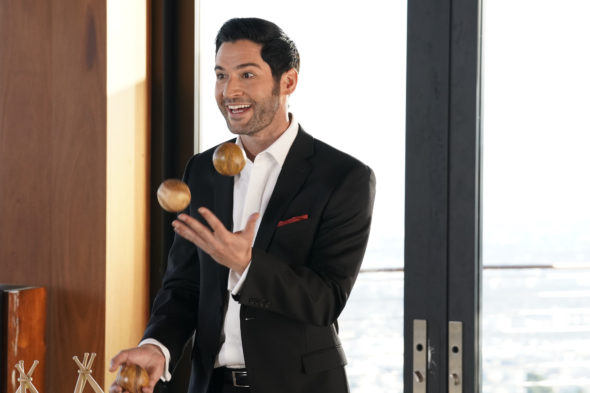 Contrary to earlier reports, Amazon can’t save all the cancelled sci-fi/fantasy TV series, so Netflix has ordered the fourth season of Lucifer. The TV show was cancelled by FOX, last month, but now old lucky Lu is back, presumably in black. Check out the Netflix announcement, below.


#Lucifer fans, rejoice: Netflix has picked up the show up for a fourth season! pic.twitter.com/AHkMJvEoTK

What do you think? Are you a fan of the Lucifer TV series? Will you follow it to Netflix for a fourth season? Let us know, below.

Love this show and all characters!

Really am glad Lucifer was picked up by Netflix!

Yes – the chemistry of the actors is perfect, we were sad to hear it was cancelled by Fox, but so great the see it on Netflix! Thanks Netflix! Tom Ellis is the perfect Lucifer! Love the entire cast

Yes my whole family and I love this show. It’s so funny and good action and I’ll be honest episode 25 in season 3 I had to rewind the action parts over and over as I loves watching him bust out his wings and kick ass and then come flying thro the windows was awesome.