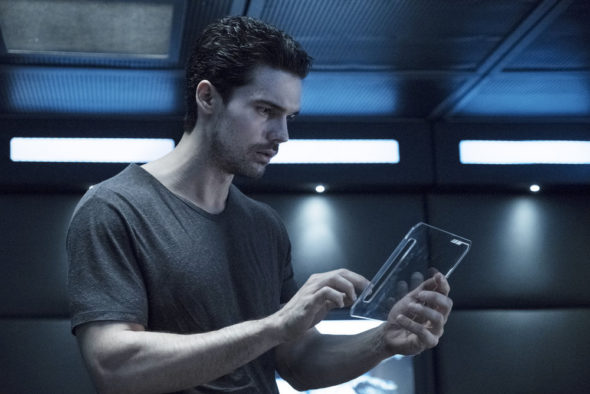 It’s official. Amazon has picked up the fourth season of The Expanse. Cancelled by Syfy on May 10th — the science-fiction drama has now been saved. Amazon CEO Jeff Bezos announced the season four renewal, during a panel with the cast and crew at the National Space Society in Los Angeles. On May 21st, word broke that the online giant was poised to ride to the rescue. Now the deed is done.

A Syfy drama, based on the science-fiction novels by James S. A. Corey (the pen name for authors Daniel Abraham and Ty Franck), The Expanse stars Steven Strait, Shohreh Aghdashloo, Dominique Tipper, Cas Anvar, Wes Chatham, Shawn Doyle, and Frankie Adams. The story unfolds 200 years in the future, in a colonized galaxy, when two strangers are caught up in a vast conspiracy.


One thing as #TheExpanse moves to its new home with @AmazonStudios. I do want to thank everyone at @SYFY who made the first three seasons of the show possible. We wouldn't have launched in the first place without you folks.

No hard feelings. Only love, yeah?

The third season of The Expanse is averaging a 0.18 rating in the 18-49 demographic and 584,000 viewers. Compared to season two, that’s down by 2% in the demo and up by 4% in viewers. Find out how The Expanse stacks up against the other Syfy TV shows.

What do you think? Are you a fan of The Expanse TV show? Will you follow it to Amazon for the fourth season?

Why is Syfy not airing this show? Makes no sense. Who makes these decisions?

Most “realistic” s.f.. This will be our future… or some of it. Big companies will rule the space… until alien corporations find us…and make us work for them. Have you ever thought our first contact with aliens will be with their Corporations?