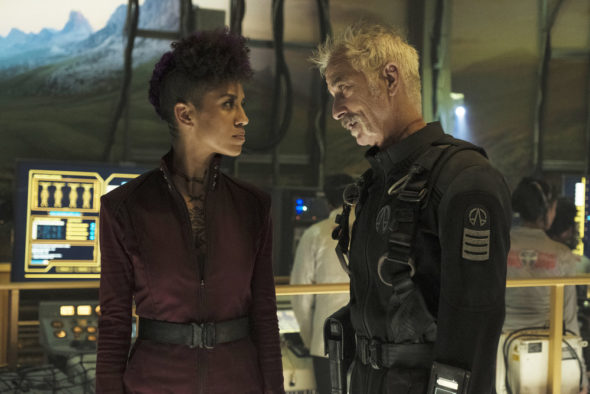 On The Expanse, Gilmore will be playing “Lucia Mazur, one of the Belter refugees who have staked their claim to a new Earth-like planet on the other side of the Ring Gates.” Alexander has been cast as a “wily and charismatic Belter faction leader” and Salgueiro will star as “a cynical corporate security officer.”

Prime Video has not yet announced a premiere date for The Expanse, but it is expected to debut later this year.

What do you think? Are you a fan of The Expanse? Are you excited for the new season?

The entire fourth season of The Expanse will be available to stream on Amazon Prime Video Friday, December 13, 2019.

Best sci-fi on TV by far. I’d put it up there with the BSG reboot.

Why, are you really that impressed that they are still using smartphones hundreds of years in the future?