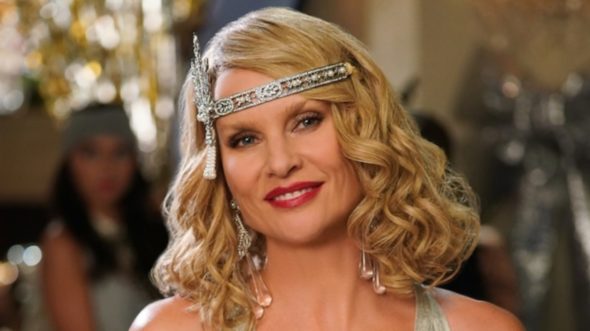 Another Dynasty star is flying the coop. TVLine reports Nicollette Sheridan is leaving the CW TV show after two seasons.

A reboot of the ’80s primetime soap, the drama series centers on the wealthy Carrington family and the energy empire they must defend against the Colbys and other adversaries, as well as each other. The cast also includes  Grant Show, Alan Dale, Elizabeth Gillies, James Mackay, Sam Adegoke, Robert Christopher Riley, Rafael de la Fuente, Ana Brenda Contreras, and Maddison Brown.

Sheridan joined the Dynasty reboot during season one as Alexis Carrington. Now, the star has released a statement saying she is leaving the The CW series to focus on her sick mother.

Sheridan is far from the first star to leave the reboot. Last season, Nathalie Kelley and James Mackay exited the TV show.

You can read Sheridan’s full statement below:

Working on the Dynasty reboot and reprising the iconic role of Alexis has been thoroughly enjoyable, but the chance to spend precious time with my terminally ill mother is more important to me right now. I am profoundly grateful to Mark Pedowitz (The CW) and David Stapf (CBS) for graciously allowing me to return to Los Angeles to be with her, and I wish them and everyone associated with the show nothing but continued success. I am hopeful that my fans will embrace my successor with as much passion as they embraced me.”

Nicollette Sheridan will be leaving Dynasty in order to focus on some personal family responsibilities. She was a valuable asset to the show and we wish her continued success in the future.”

What do you think? Do you watch Dynasty? Will you watch the third season?

Love this show, just wondering who will play the part of Alexis next?

I enjoyed Nicolette I’m the show. She added a bit of drama to the show. She certainly played that character well. She is the one I will miss. I wish her the best and have the most respect for her decision to choose time with her Mom over her career.

Yes I want a third season. Bring heather lochlear on as Alexis

Heartbroken that Nicollette is Leaving!! Hopefully they get someone worthy to replace her Alexis NEEDS to be a star! It is Elizabeth Gilles show by far, Long Live Fallon! If she leaves I’m done!