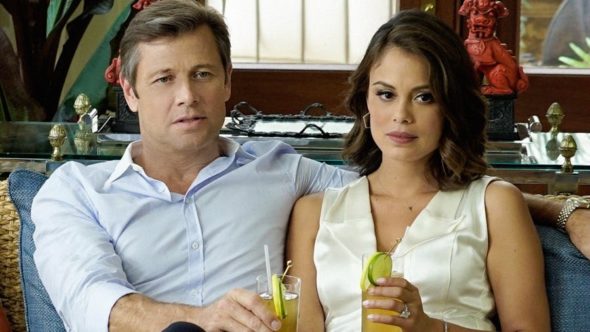 A key Dynasty cast member is leaving. E! Online reports Nathalie Kelley will not be returning for season two of the CW TV show.

I won’t be returning for season 2…I don’t know storyline[-wise] what they’ll do. Is it a coma? Is it death? Is it who knows? I actually don’t know. But I know that I’m not going to Atlanta in July, that I’m staying here [in L.A.], and I’ve got my life back.”

What do you think? Are you a fan of Dynasty? Will you watch season two?

I love Dynasty and I hope the bring additional series.

I can’t wait for it to come back on, I even got my husband to watch with me

I will watch as I was a long time loyal watcher of the original “Dynasty” Dallas and Falcon Crest in the 80’s.
Season 1 was the bomb. I really like Cristal she brings pizzaz to the show but Fallon and the hot chauffer will do just fine lol!

He’ll yes I’ll be back! I was hook on the original back in the 80’s

Oh my goodness, I love this reboot! I cannot wait for season 2. I’ll miss Cristal but as long as Fallon and Sam are back I will eat it up.

Yes I would definitely watch season 2

Yes I was sorry they took off the Dallas reboot but had original characters. See if any of the old cast members will do a cameo on D ynasty. . I say replace Cristal as good as she was

I love and hate the reboot. Cristal was my favorite and now she is out? Come on, that show needs Cristal! Keep her alive and active on the show!8

I am Definitely a fan! Therefore, I will be watching season 2 and every season thereafter. Good luck to the actress playing Crystal. You made season 1 very interesting and was the key character that pulled the whole crew together.
CW do not cancel this show!!