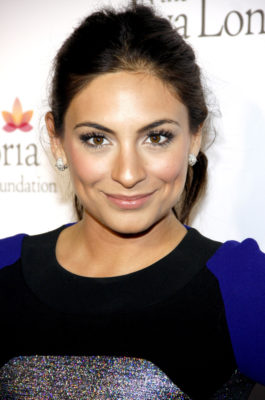 Based on the ’80s primetime soap, the drama centers on the wealthy Carrington family and the energy empire they must defend against the Colbys and other adversaries. The cast includes Grant Show, Alan Dale, Elizabeth Gillies, James Mackay, Sam Adegoke, Robert Christopher Riley, Rafael de la Fuente, Brianna Brown, and Nick Wechsler.

On Dynasty, Contreras will be replacing Nathalie Kelley as “the real Cristal Flores.” As reported earlier, Kelley will not be returning for season two, which premieres on The CW on October 12th at 8 p.m. ET/PT.

What do you think? Do you watch Dynasty? Are you excited for the new season?

This story twist sucks. I may not be back for season 2.

Why are you replacing natalie I liked her. Already ******** up things, not smart to change one of the main characters when the series has low ratings . krystal which is the proper spelling of the character in Dynasty was a white women .This show will never have the class of the original Dynasty in 80’s. And you could of chosen a better person to play Alexis. Nicollet was good on Knots Landing but would of made a better Krystal. Heather lochlear would of made a better Alexis. Not good casting.