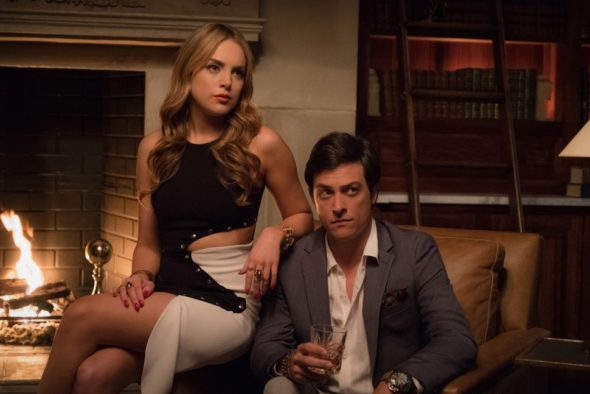 Who else is leaving Dynasty? Deadline reports James MacKay is leaving the CW TV show.

What do you think? Do you watch Dynasty? Are you enjoying season two so far?

Dynasty: I enjoy the program very.very much, and it is so entertaining,dazzling,and, even better the second season. Why does CW have to skip weeks of this awesome presentation as I am afraid I might miss the program? I could write a long statement to this, however I LOVE the program soooooooooooooo keep it as “I must see this program” Soooooooo cool.

Too bad … james McKay was outstanding as Steven and the character was one of the most interesting … Too bad really! I hope he will return eventually!

I LOVE LOVE LOVE This show so much!! Please don’t lose anymore characters, especially Fallon I love her. And please don’t stop this show it needs to continue on!!!

Dynasty season two has been much improved from season one. I hope they recast Steven and reveal the new actor by unwrapping bandages from his face. That would be a great call back to the original series .

Won’t be surprise if more actors leave the show. I can’t understand why the CW would renew a show whose rating were that bad, season 2 ratings are even worst. I’m beginning to think that the CW is where tv shows go to die (exception being the Flash).

waaat? CW rarely cancels shows. Pretty much their entire lineup is 5+ seasons. Just like with any network they release 2-3 new shows. One may be decent enough to keep around whilst the others are cancelled. Dynasty fell flat and should have got cancelled after the 1st season

Time to stick a fork in this dreadful show!

Time to stick a fork in this dreadful show!