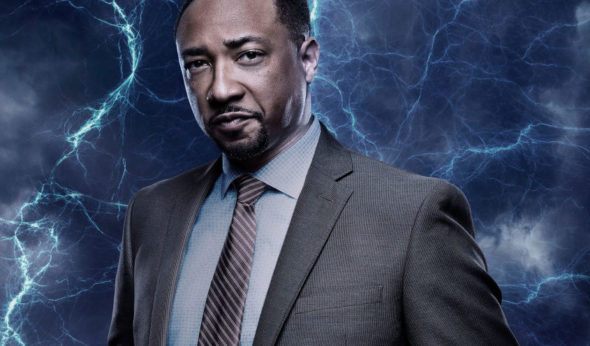 Black Lightning is losing one of its original cast members. Damon Gupton wrapped his time on the series recently, and he let fans of the series know he would not be seen on the series during the upcoming fourth season in a pair of tweets.

Per TV Line, Gupton said the following about his exit of The CW series:

“And that’s a wrap. My final night on the set of @blacklightning . In December before X-mas I was told Chief Henderson is not in the plans for season 4 and that I would be let go. Myto a helluva hard working crew. Big to cast, writers, producers, staff, CW, WB #BlackLightning ….And special shoutout to all the great BL fans who greet me in the street, airports, restaurants. Your appreciation means the world to me. Know that I treasure it. Disappointed I’m not allowed to continue the ride with you but glad we had the time we did. #BlackLightning”

He shared the following photo with one of his tweets. Gupton appeared as Inspector Bill Henderson since its premiere. 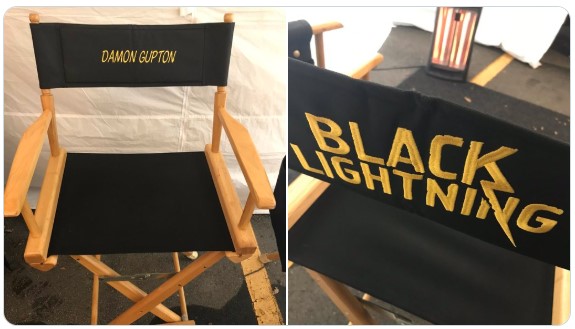 Black Lightning returned this week with brand new episodes. It was renewed for its fourth season earlier this month.

What do you think? Are you said to hear of Gupton’s exit from Black Lightning?

It is sad that he is gone. After a person puts in so much hard time and work into a great tv show, the industry drops hardworking people like water. Where is the consideration for fans such as myself who do not want the character to be done and over with? I say we take a vote since we the audience are tax payers who are keeping the show airing.

BRING HENDERSON BACK!!! I LOVE THE RELATIONSHIP BETWEEN HIM AND BLACK LIGHTING

You should have kept Damon Gupton he added action and calmness to the show! Did he quit or did you fire him? My next question would be WHY! Will the series get better with him gone or have less viewers? Count me out I won’t be watching it!

We need to bring Chief Henderson back….PERIOD. It’ll be like Batman without Commissioner Gordon. That just doesn’t sound right.

That sucks Black Lightning needs chief Henderson. Every super hero needs a cop who is down with them. I love Henderson we call him Martin the Legend because he looks like a mix between MLK. and John Legend. Hes a great character and hes needed.

I loved the show but channel that I watch it on left my station. Can I get it on Netflix or Hulu

@HelenSmith Im not sure where you live but download the CW app. It’s free and you can watch the shows on there.

Sad to see him go!!! Hope he comes back!! It will definitely change the dynamics of the show…

That sucks, maybe they will realize that they made a mistake and bring him back!

They dont know what they are doing with the cast cause he is black they think they know what to do with them lets see if the show last anymore they will try to kill strong black man who has beaten superman. And trun down the justices league

I’m extremely disappointed that there not bringing back Damon Gupton for season 4 of Black Lightning, I’m proud how the brother went out with class and dignity, I can’t wait to see him in future projects in either tv or film

WTF, EVERY TIME A SERIES IS DOING WELL THEY HAVE TO SCREW IT UP.. THIS MAKES NO SENSE FOR BEING THE POLICE CHIEF IS IMPORTANT TO HELP KEEP ORDER WITH BLACK LIGHTING. I MAYBE OF TRACK FOLKS SO FOR GIVE ME FOR SAYING THIS BUT WHY THE BLACK CHIEF. THIS REMINDS ME OF GOOD TIMES WHEN THEY DECIDED THEY DIDN’T NEED JOHN AMOS TO CONTINUE TO PLAY THE DAD. TJ’S IS BS & NEXT THEY’LL CUT SOMEONE ELSE UNTIL THEY DESTROY BLACK LIGHTING THEN SAY OH IT HAD BAD RATINGS. WE FANS HAVE ENOUGH OF THIS BS.