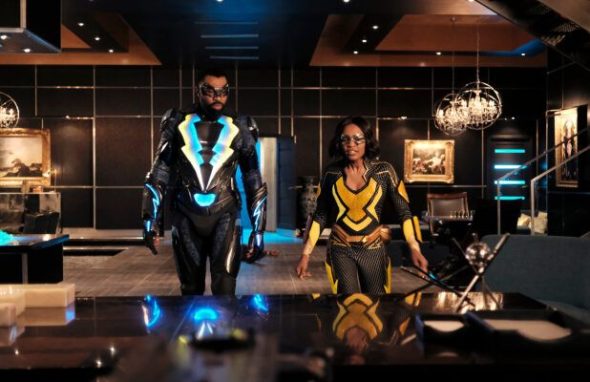 He’s still got the power. The CW has renewed the Black Lightning TV show for a fourth season which will air as part of the 2020-21 network television season.

Season three of Black Lightning resumes on January 20th. Season four will air as part of the 2020-21 television season and that kicks off in Fall 2020.

What do you think? Are you a fan of the Black Lightning TV series? Are you glad that it’s been renewed for a fourth season?

*Update: Season four will be the end for this CW TV series.

I can’t wait for the new season…love this show

I love Black Lightning and can’t wait for the new shows. I also like that it comes on Monday nights it gives me something to look forward to when I get up to go to work on Monday morning.

Yesss I can’t wait for the episode to begin, it was awesome

I am glad that Black Lightning is returning love the show.