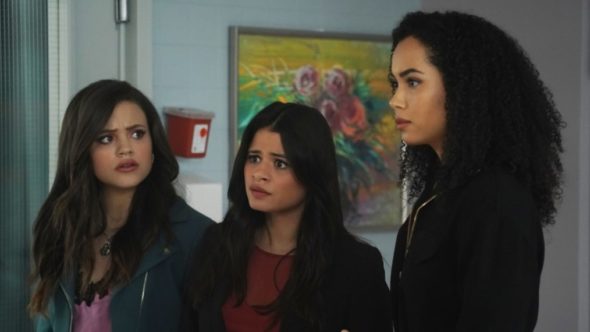 There’s magic in the air on Friday nights. The CW network has renewed its Charmed TV series for a third season for the 2020-21 broadcast season.

Season two of Charmed resumes on January 17th. Season three will air as part of the 2020-21 television season and that kicks off in Fall 2020.

What do you think? Are you a fan of the Charmed TV series? Are you glad that it’s been renewed for a third season?

I generally do not like remake of shows but this one is well done.; I am extremely pleased that there is a third season

i agree with i to don’t like the charmed reboot i think they should of done something that’s more like a sequel of the original charmed series and there be a show that involve Piper kids Wyatt and Chris and involve Paige and Phoebe kids as well plus there friends and maybe one of there friends could be someone who is half demon half human i think that person should be half manticore and half human the very baby we all saw back in season 6 episode 9 of 2011 by now he or show is 16..