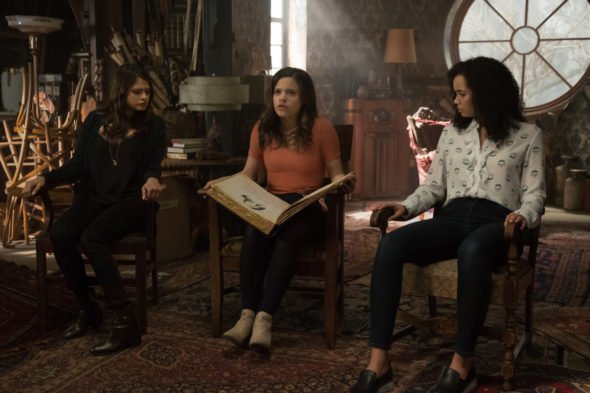 At this year’s Comic-Con Paris, Doherty discussed the backlash the Charmed reboot has received and implored fans of the original series “to be a little bit kinder”:

I have seen a lot of people be very mean and very negative and cruel to the new show and the new cast. I want to remind everybody that these are three girls who just want to act. They got a huge opportunity, and I would implore everybody to be a little bit kinder.”

[T]his is a show about three strong women again… I know that it may not be your Charmed, but you should all really pat yourselves on the back and congratulate yourselves, because you’re the most loyal, amazing fans in the world. And because of you, you made it a show that a younger generation wants to see.”

What do you think? Are you a fan of the original Charmed series? Have you seen the reboot?

I have given the reboot a chance and I have to say, for the most part, it is enjoyable. I have to remind myself they are not the girls of before and that this is a “fresh, new approach” to the story with some of older things to help tie it together!

I’ve been a fan of Charmed since the beginning. There will never be another. I wish these young ladies well but I can’t get into it.

Loved the old charmed. Still watch the old show. The new one is supposed to be a reboot but not enough supernatural stuff. Plus the characters have changed to much to call it a reboot. I’m watching hoping it will get better in time. Maybe a few more episodes. I know it takes time to learn the people in the series and hoping that is all done with now.

They Just Need to stop Rebooting all these old shows. It is a joke and it looks like they cannot come up with new ideas. So they bring back old shows as a reboot or re-imagining because they hope the old show fans will hop on the wagon and make these companies easy money. If It was a good show and it ended leave it ended and let us live with a satisfying ending.

I don’t consider this a reboot. There’s very little similarity to the original series. I’m disappointed. I was a huge fan of the original series and was hoping this show would follow the same storyline. It is supposed too be a reboot after all. So far it seems like there’s more personal “drama” than a supernatural storyline. So far I’m not impressed. Fans of supernatural genre will be disappointed. This is not a personal attack on the actors. They don’t write the scripts. They follow them and they’re doing a fine job.

I was a big fan of the original Charmed show. I still watch the reruns. Since I loved the show so much I decided to give this new Charmed a chance. I was so disappointed with the new show. It seems like a cheap knockoff of the original show. The show spent so much time trying to be political correct that it lost what the show was originally about. I’m guessing the show writers were not wanting the fans from the other show and are trying to relate to a different group altogether. Good luck with that but, I watched… Read more »

I have absolutely no use for the new remake of a show I loved. If it’s not broke, don’t fix it. The original was NOT broken.

I have given it several episodes and it leaves me cold. I just don’t find the new cast likeable and the scripts are limp. Sorry but it is going off my queue.

I do watch the show and it needs a little more supernatural and less sorority stuff. I did watch the original and liked that one too.