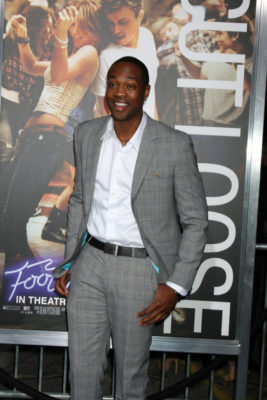 The CW‘s Charmed reboot comes from Jane the Virgin creator Jennie Urman and “centers on three sisters in a college town who discover they are witches. Between vanquishing supernatural demons, tearing down the patriarchy, and maintaining familial bonds, a witch’s work is never done.”

On Charmed, Blain will play “Galvin, the ideal boyfriend, funny, mellow, in touch with his emotions, totally on board to follow his lady across the country for her dream job. An aspiring filmmaker who has yet to catch the break he’s sure is just around the corner.”

What do you think? Are you a fan of the original Charmed series? Would you watch The CW reboot?

I can’t tell you how excited I am about the Charmed reboot. I truly love Charmed and still watch the reruns every day. Please ignore the people who have nothing nice to say. There are tons of us who are excited beyond belief. Thank you!

Some series should be left for history. It’s hard to follow 8 seasons of magical bliss. It would be to easy to compare the past with present and wouldn’t be able to match the original.

magical bliss? more 8 seasons of backstabbing behind the scenes, bad writing, plotholes, girls dressed like hoes and thirsty to get a husband

I will not be watching this remake of Charmed/Buffy the Vampire Slayer! You can’t rewrite perfection!

WTF? Are these people serious? I don’t have a good feeling about where they want to take this. I hope they don’t screw this up!