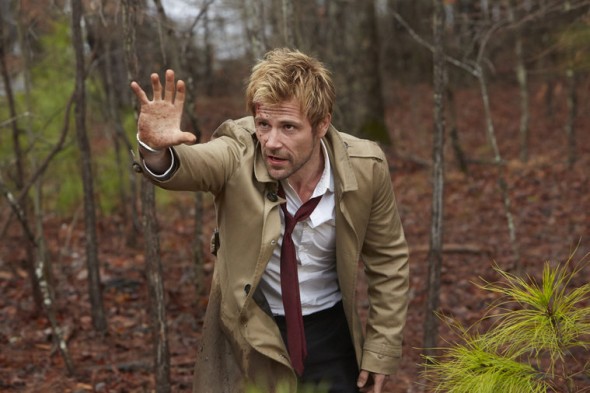 A familiar face is returning to DC’s Legends of Tomorrow. Comicbook.com reports Constantine will make another appearance on the CW TV show this year.

Matt Ryan plays John Constantine, a demon hunter and master of the occult, who has previously appeared on DC’s Legends of Tomorrow and headlined the cancelled NBC series Constantine. The supernatural drama was cancelled in 2015 after only one season, but CW Seed is reviving the show as an animated series.

Matt Ryan will return to The CW‘s DC’s Legends of Tomorrow as John Constantine in March. You can catch a glimpse of what looks to be the character’s trench coat in this behind-the-scenes photo below:

What do you think? Are you a fan of Constantine? Do you watch DC’s Legends of Tomorrow?

Was one of the first episodes that I didnt like…hope he’s not on too many more times. There are some other things that are getting to be too much on the show as well, but I wont get into it. If it continues, Im gonna have to say adios to this show.

Can we just bring Constantine permanently to the CW? I just loved seeing him again this past episode. We want Constantine!!

Yes, I love MATT RYAN as Constantine!! I wish he would get his own series, again!