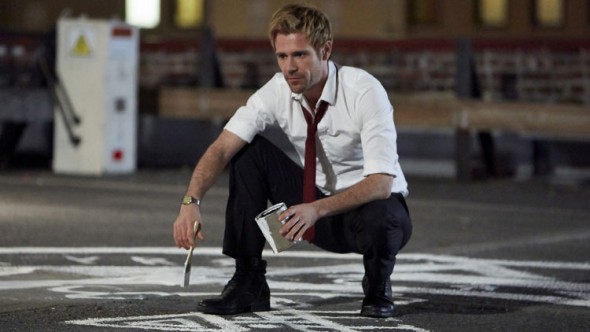 A DC Comics favorite is coming to The CW. According to The Hollywood Reporter, Matt Ryan will reprise his Constantine role in season three of DC’s Legends of Tomorrow.

As for the character of Constantine, we knew that an alienated, chain-smoking, bisexual, world-weary demonologist would feel right at home among our Legends. His appearance in episode 310 will involve the following: a revisiting of Arrow season four and the events following that season’s finale episode; a confrontation with this season’s Big Bad on Legends — the name we’ve only heard whispered until now, Mallus; some hot sex — something that has been in short supply on the Waverider thus far in season three; and Damien Darhk [Neil McDonough], because how can you do an episode about dark magic and not have Damien Darhk? More than anything, the episode promises to be scary as you know what — tonally it’s The Exorcist meets One Flew Over the Cuckoo’s Nest. Demonic possession in a mental institution — what’s not to love?”

What do you think? Did you watch Constantine? Are you excited for Ryan’s appearance on Legends of Tomorrow?