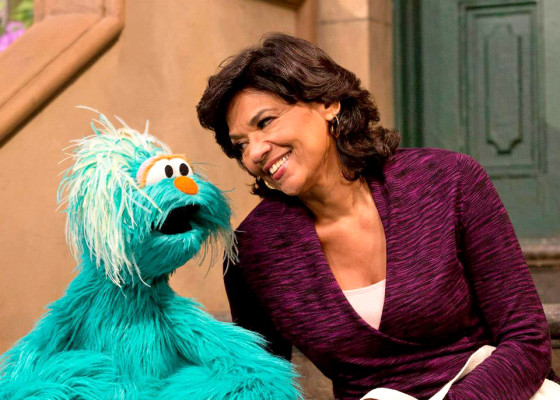 HBO is headed back to Sesame Street. Recently, the network announced the premiere date for season 48 and a new special.

Season 48 of Sesame Street debuts on HBO on November 11th at 7 p.m. ET/PT with an evening special titled The Magical Wand Chase: A Sesame Street Special. New episodes will then debut weekly on Saturdays at 9 a.m. ET/PT.

In THE MAGICAL WAND CHASE: A SESAME STREET SPECIAL, Abby takes the Sesame Street gang on a magical hot air balloon ride high above the city. The characters take time to marvel at the sights, but as they prepare to return home, a bird nabs Abby’s wand, leaving the group unable to find its way back to their street. While making daring attempts to retrieve the wand and trying to chase the plucky bird in a thrilling series of scenes, Abby and the gang find new neighborhoods, each with its own foods, music and languages. The brave adventurers meet new friends in every neighborhood who unite to track the bird, return the wand to Abby and finally make their way back home.

Season 48 of SESAME STREET features the new segment “Cookie Monster’s Foodie Truck.” In each five-minute installment, Cookie Monster and his newpal, Gonger, receive a video call from a child who orders something special from their food truck. Partway through each recipe, Cookie and Gonger jump behind the wheel to gather a key ingredient straight from the source, visiting a cranberry bog, a pasta factory, an avocado farm and more. Farmers and artisans show Cookie and Gonger how their star ingredient is grown or produced before restocking the truck and sending the chefs home to get cooking. It’s an engaging way for kids to learn where food comes from.

Elmo, Big Bird, Rosita, Alan, Julia, Nina and the rest of the neighborhood gather to appreciate all the traditions, cultures, and delicious foods their community has to offer. Guest star: Leon Bridges.

Friends learn that even though their hair (and feathers, and fur!) moves in unique ways, they all have something fun to add to a group dance.

What do you think? Do your kids watch Sesame Street? Are you looking forward to the new season?

this isnt seasame street its ELMO world. What use to be isnt what it is now. It doesnt help kids these days its just the world. It shows the world give you because of the you are.