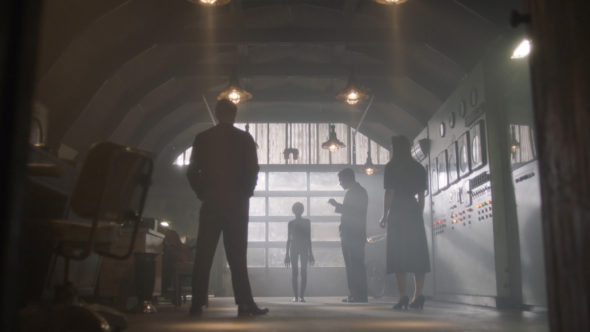 What’s in store for The X-Files new season? Recently, creator Chris Carter spoke with Deadline about season 11 and the future of the FOX TV show.

In the interview, Carter revealed what familiar faces fans can expect from The X-Files upcoming 11th season:

And what about another season? Is there more X-Files planned for the future? Carter says:

There’s always more X-Files stories to tell. Every time I pick up the newspaper, every day literally, I see something that sparks an interest for me. …  I’m trying to finish this season. I certainly think the show has much more life in it. So, I can’t answer that question definitively but I can tell you that there are more stories to tell.”

I love the x files! I have watched the series probably a hundred times. It is one of the best Si Fi series there is. I hope there’ll be many more seasons!

Yeah a new movie would be great, but I just wanted to say what the xfiles meant to me…you see it came at me at a point in my life when I was pretty down. Then I discovered the amazing coast to coast with art Bell…and well I think so fondly of those days. I know that the actors are getting old, but please guys if you can do it then please do it as each new episode is like Christmas day!

Loved this series from the day it came out so many
Years ago. Hope it never ends. How about a new movie.