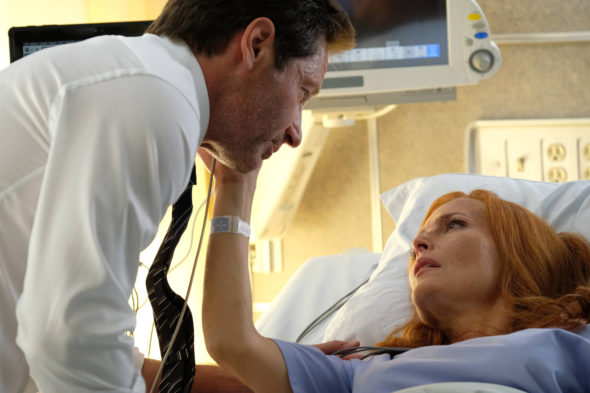 Can The X-Files survive without Gillian Anderson. Recently, Chris Carter took to Reddit to address the star’s announcement that she’s leaving after the FOX series’ 11th season.

As reported earlier, Anderson has said season 11 of the sci-fi drama will be her last. Anderson originated the role of Dana Scully when the show debuted in 1993. The new season debuts on FOX tomorrow, January 3rd, at 8 p.m. ET/PT.

On Reddit, Carter said he isn’t sure if The X-Files has a future without Scully:

For me, the show has always been Mulder & Scully. So the idea of doing the show without her isn’t something I’ve ever had to consider.

Was her character given a proper goodbye? I think you will want to sit down and watch the series finale very carefully.”

What do you think? Are you a fan of The X-Files? Will you watch the new season?

The show should survive, but someone needs to talk her into continuing with the show as she makes Mulder who he is. They are wonderful together! Please don’t leave Gillian! I have watched since the beginning!

it didnt survive without david d

Get Bridget Regan to replace Gillian Anderson for a better show.

“For me, the show has always been Mulder & Scully. So the idea of doing the show without her isn’t something I’ve ever had to consider.”

I guess Carter didn’t think this way after season 7 when Duchovny left the series but the show kept going for 2 more seasons.