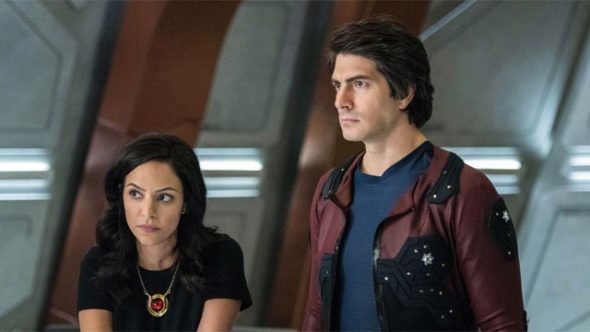 According to Deadline, both Routh and Ford are departing DC’s Legends of Tomorrow because of a creative decision to wrap up their characters’ storylines. Of course, this doesn’t mean Ray and Nora are out of the picture entirely. Executive producer Phil Klemmer says the two may return to the CW series in the future:

Of course, when we have had main characters in the past whose journeys take them away from the Waverider, it’s never truly goodbye. We love these characters and hope to check in with them in future seasons, to see how life off the ship has transformed them for better or worse.”

Season five of DC’s Legends of Tomorrow premieres on The CW in January 2020.

What do you think? Are you a fan of DC’s Legends of Tomorrow? Are you excited for the new season?

CAN’T WAIT TO SEE THE NEW SEASON OF LEGENDS OF TOMORROW. IT SHOULD HAVE STARTED THE RIGHT AROUND THE SAME TIME AS ARROW,THE FLASH,SUPERGIRL,BLACK LIGHTING,& BATWOMAN DID!!

Ray is my favorite character. I hate to see Brandon Routh leaving. I think the writers could have done alot more with his character. His talent was being wasted, honestly. I think incorporating Courtney Ford’s character, Nora, with Ray was really cute. They should have made her part of the gang. The writers suck.