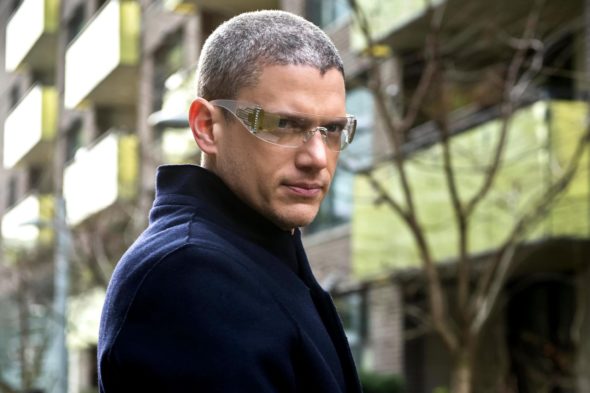 A key cast member is leaving The CW’s Arrowverse. Recently, Wentworth Miller announced he is leaving DC’s Legends of Tomorrow and The Flash, Deadline reports.

On the two DC Comics series, Miller plays Leonard Snart (aka Captain Cold). He originated the role on The Flash in 2014 and reprised it for Legends of Tomorrow, which premiered in 2016.

On social media, Miller announced he is currently filming his final scenes on Legends of Tomorrow and The Flash. The CW has not yet announced the exact dates for Miller’s final episodes, but you can read his announcement below:

What do you think? Do you watch The Flash and DC’s Legends of Tomorrow? Are you sad Wentworth Miller is leaving?

Captain Cold/Leonard Snart will be missed. His character’s transformation gives inspiration to anyone that change is possible and it can be good.

I was saddened by the news. I thought his characterization of Captain Cold was spot on.

Will miss him, was one of the better characters.
Shouldn’t have killed him off, then just having do guest appearances.

I watch DCs Legends. Never heard of Capt. Cold. Do not recognize. Sorry, I guess I won’t miss him then.

You watch DC’s Legends and never heard of Captain Cold? Did you miss the first season? That’s when he was on it.