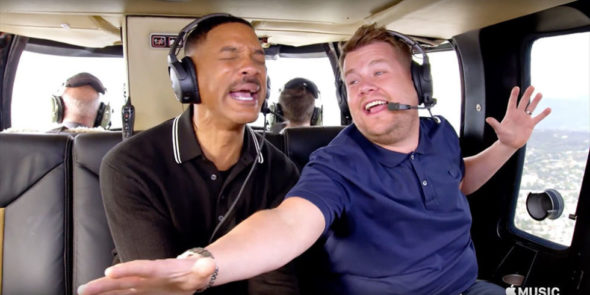 The jams will continue. Deadline reports Apple has renewed Carpool Karaoke: The Series for a second season.

Based on the popular segment from The Late Late Show with James Corden, the show features celebrities singing their own songs and other hit tunes in a car. Guests have included Will Smith, Shaq, Chelsea Handler, Blake Shelton, John Legend, Billy Eichner, Ariana Grande, Michael Strahan, Jeff Gordon, John Cena, and more.

We are now creating three series for Netflix, including two new shows called Unbelievable and Insatiable, and the second season of American Vandal, which was just renewed. In addition, Apple recently picked up a second season of Carpool Karaoke, and TBS renewed Drop the Mic.”

What do you think? Are you a fan of Carpool Karaoke? Will you watch season two?