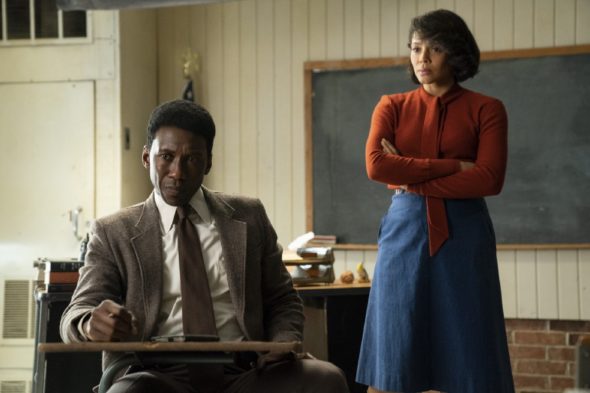 “This case is all I can think of.” HBO has just released a new trailer for season three of True Detective.

The new season of the anthology crime drama centers on “a macabre crime in the heart of the Ozarks and a mystery that deepens over decades and plays out in three separate time periods.” The cast includes Mahershala Ali, Carmen Ejogo, Stephen Dorff, Jon Tenney, Ray Fisher,  Michael Greyeyes, Sarah Gadon, Emily Nelson, and Rhys Wakefield.

Great cast so I anticipate this will be much improved over the Season 2 story.