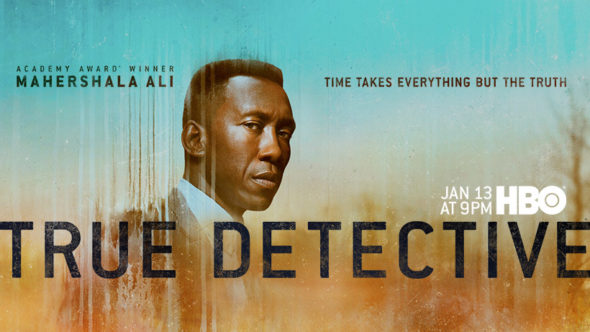 HBO’s True Detective TV show has been on hiatus since August of 2015, so you may have thought it was cancelled. The premium cable network always made it clear they wanted to find their way to a third season though, and now it is here. With yet another new cast and such a long break between seasons, is there still an audience for it? Will True Detective be cancelled or renewed for a fourth season? Stay tuned.

For comparisons: The second season of True Detective averaged a 1.15 rating in the 18-49 demographic with 2.61 million viewers.

What do you think? Do you like the True Detective TV series? Should this HBO TV show be cancelled or renewed for a fourth season?

This season really didn’t cut it. This ‘period hopping’ seems to be fad that just isn’t working. It’s so easy to lose interest. Mahershala Ali just mumbles through it and you can’t understand him half the time.