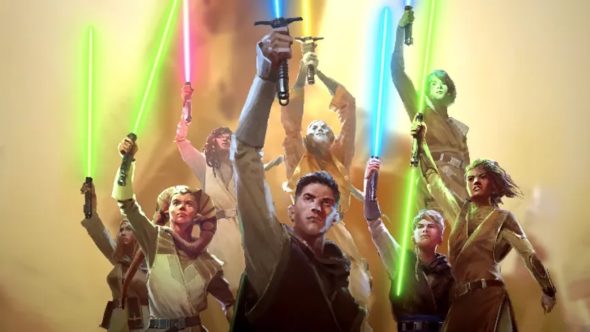 Young Jedi Adventures has been ordered to series at Disney Junior and Disney+. The new Star Wars animated series is geared toward preschoolers and will be set during the time of the High Republic. The series will arrive at some point in 2023.

Disney Junior revealed the following about the upcoming series in a press release.

“A new class of aspiring Jedi younglings are set to enter The High Republic next year.

As announced on the Star Wars LIVE! Stage at Star Wars Celebration Anaheim today, Young Jedi Adventures is coming to Disney+ and Disney Junior in the spring of 2023.

The first full-length animated Star Wars series created for preschoolers, early grade schoolers, and their families, these original stories will follow Younglings as they are swept off into adventures, and start their journeys on the path to becoming Jedi Knights, learning valuable skills for our galaxy and the galaxy far, far away. The Jedi-in-training will tackle topics of compassion, self-discipline, teamwork, patience, and friendship.

Check out the announcement for the new Star Wars series below.

Set during The High Republic era, the Original Series follows Younglings as they study the ways of the Force and become Jedi: Compassion, self-discipline, teamwork, patience, and friendship. Young Jedi Adventures is coming to Disney+ and Disney Junior spring 2023. pic.twitter.com/EbcmI98ecv

What do you think? Are you planning to check out Young Jedi Adventures on Dinsey+ or Disney Junior?