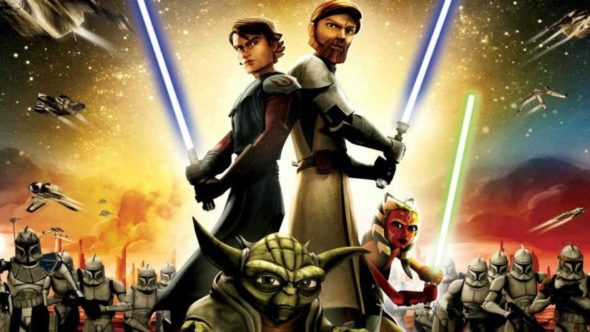 Star Wars: The Clone Wars is ready to launch its final season. The series will return for its seventh and final season on its new home, Disney+. The streaming service announced its premiere with the release of a new trailer.

Disney+ also revealed more about the return of the series with a press release. Check that out below.

“Witness the end of the groundbreaking series. The final season of Star Wars: The Clone Wars starts streaming Feb. 21 on DisneyPlus.

One of the most critically-acclaimed entries in the Star Wars saga will be returning for its epic conclusion with twelve all-new episodes on Disney+ beginning Friday, February 21.

From Dave Filoni, director and executive producer of The Mandalorian, the new Clone Wars episodes will continue the storylines introduced in the original series, exploring the events leading up to Star Wars: Revenge of the Sith.

What do you think? Are you a fan of Star Wars: The Clone Wars? Are you sad to see this series end?

I guess you can’t cancel this and do a quick rewrite like the other Disney Wars films, can you? It’s pretty sad that they only have the past, because the Disney Wars films have no ideas or story to them. They have to depend on the stuff that Lucas put out.