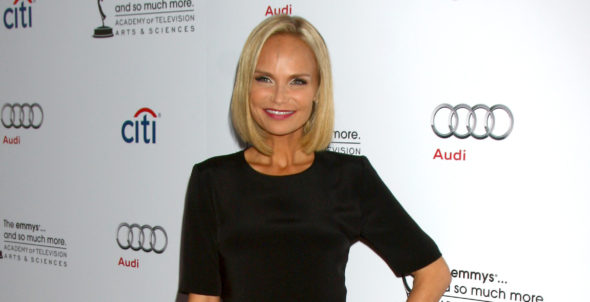 Kristin Chenoweth is coming to Disney+. Variety reports the streaming service has ordered a new TV show with the Broadway veteran called The Biggest Star in Appleton.

The comedy series stars Chenoweth “as Carol Dannhauser, a Wisconsin mom and waitress. She finds her deepest joy in life in her starring roles at the local community theater. But her position as the town star is threatened when a struggling New York chorus girl moves back home.”

Chenoweth is set to executive produce The Biggest Star in Appleton for Disney+ alongside writer Paul Rudnick.

What do you think? Are you a fan of Kristin Chenoweth? Will you check out The Biggest Star in Appleton?

I am so so so excited for this opportunity to get to see Kristin on the small screen again. On a regular basis! Very happy for her too, she has huge talent in that dainty little body!