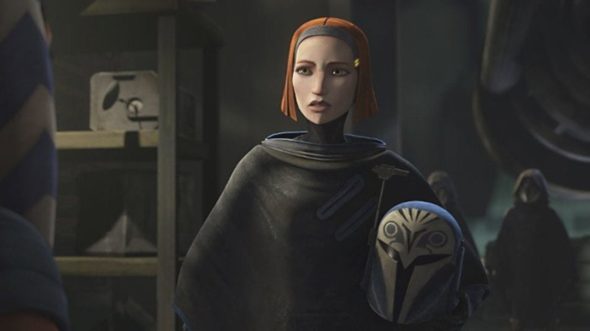 A familiar face is coming to The Mandalorian. Disney+ just announced Katee Sackhoff will play her Star Wars: The Clone Wars character on season two of the Disney+ TV show, reports Deadline.

Sackhoff voices Bo-Katan Kryze on both Clone Wars and Star Wars Rebels. The Mandalorian is set five years after the fall of the Empire and before the rise of the First Order. The drama centers on bounty hunter Dyn Jarren (Pedro Pascal), aka The Mandalorian. The cast also includes Gina Carano, Giancarlo Esposito, Carl Weathers, Omid Abtahi, Werner Herzog, Taika Waititi, and Nick Nolte.

Disney+ has not yet announced a premiere date for season two of The Mandalorian, but filming was completed before the coronavirus quarantine began so it will likely debut later this year.

What do you think? Are you a fan of The Mandalorian? Are you excited for season two?

LOVE the program will definitely be watching for it.