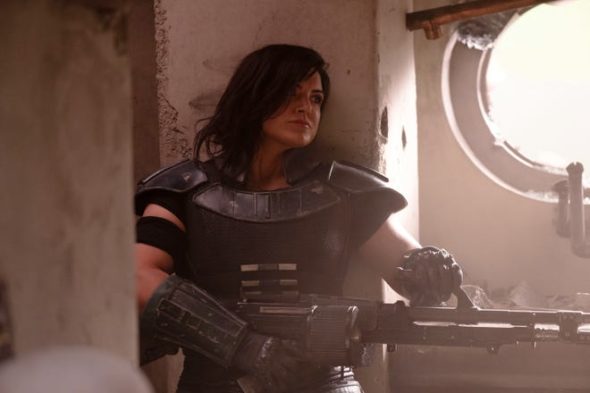 A Disney+ action series, The Mandalorian is set in the Star Wars universe. It stars Pedro Pascal with Gina Carano, Giancarlo Esposito, Carl Weathers, Omid Abtahi, Werner Herzog, Taika Waititi, and Nick Nolte. Set five years after the fall of the Empire and before the emergence of the First Order, the series follows the travails of a lone gunfighter — bounty hunter Dyn Jarren (Pascal), aka The Mandalorian — in the outer reaches of the galaxy, far from the authority of the New Republic.

What do you think? Which season one episodes of The Mandalorian TV series do you rate as wonderful, terrible, or somewhere between? Do you think that The Mandalorian on Disney+ should have been renewed for a second season? Don’t forget to vote, and share your thoughts, below.

I must live in an alternate universe because the show is just bang average in a 70s kind of way. With over the top acting and costumes. Lame dialogue at times. How anyone had the gall to say its the best show of 2019 is beyond me.

I watched the first 10-20 minutes. The lead character wears a helmet the whole time. It’s like watching a robot. Bah! Not one interesting thing happened that whole time. What a waste.