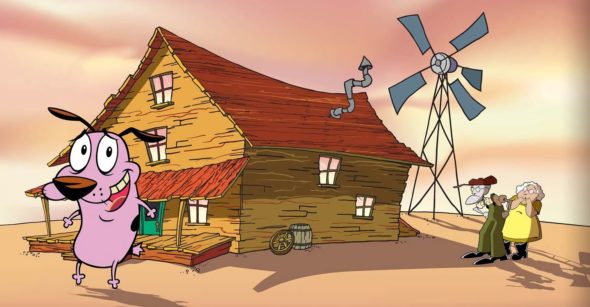 The animated series followed the adventures of Courage, a pink dog who lives in the middle of Nowhere with the elderly couple Muriel and Eustache. The show ran on Cartoon Network for four seasons before ending in 2002.

On Facebook, series creator John R. Dilworth revealed he is developed a Courage the Cowardly Dog prequel series called Before Courage for Boomerang!:

To all our Courage fans… I am deeply moved by the love for our show. I am grateful that our talented team was able to do some good in the world. I have promising news… We are expecting to begin development on a potential prequel to CCD titled ‘Before Courage’ for Boomerang!. Stay tooned for more. Who knows what will happen.”

Additionally, all episodes of Courage the Cowardly Dog will be available to stream via Boomerang on Ellation’s VRV streaming platform beginning November 13th, reports The Wrap.

What do you think? Are you a fan of Courage the Cowardly Dog? Would you watch a prequel series?

Before Courage Coming In Fall 2020 On boomerang