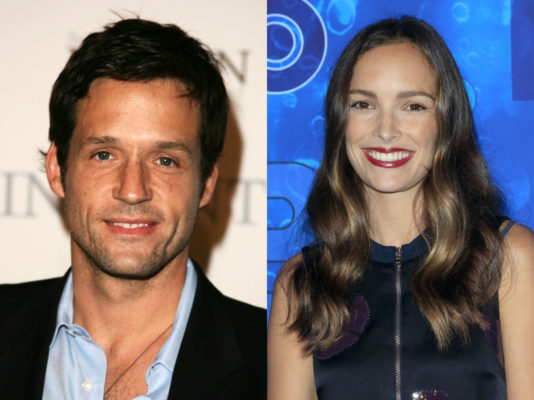 As reported earlier, the new season of the anthology drama will center on “a macabre crime in the heart of the Ozarks and a mystery that deepens over decades and plays out in three separate time periods.” The cast includes Mahershala Ali, Carmen Ejogo, Stephen Dorff, Jon Tenney, Ray Fisher,  Michael Greyeyes, Sarah Gadon, Emily Nelson, and Rhys Wakefield.

On True Detective, Hopkins will be playing “Jim Dobkins, a private attorney in Fayetteville, Arkansas involved in deposing state police detectives in an ongoing investigation” while Balfour has been cast as “Lori, long-term love interest to Det. Roland West.”

HBO has not yet announced a premiere date for season three.

Love this show. Season 2 was a little hard to understand until you watched the whole thing. I think it maybe should have been cut a little different so that the viewer knew certain details a head of time. A little less mystery about the main characters would have improved the show, but I still loved it and I bought the DVDs for both seasons.

Season 1 was awesome; Season 2 not as good but I did watch and I am really looking forward to Season 3 which hopefully will follow the same format as Season 1 which reader Martin Twigg has suggested.

Loved True Detective season 1. Ok for Season 2. Would love to see a season 3 using the same format as season 1 using only one director throughout the episodes!