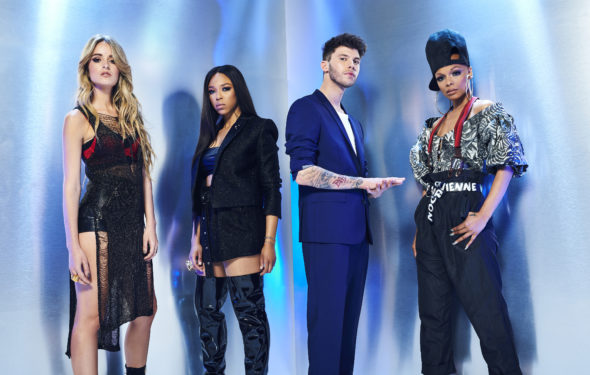 We’re not sure if a funny thing happened on the way to the forum, but you’ll find some musical warriors there, warming up for the big battle. FOX has announced the four “Gladiators” who will defend their spots on The Four: Battle for Stardom TV show, when season two debuts on Thursday, June 7, 2018 at 8:00pm ET/PT.

A competitive FOX reality TV series, The Four: Battle for Stardom is hosted by Fergie. The contest series pits four singers against one another, as they vie to land a promotional deal with iHeartRadio. Sean Combs, DJ Khaled, and Meghan Trainor return to the judges’ panel for the second season.

These Season Two Vocal Gladiators are Ready to Defend their Seats!

After a worldwide search, FOUR fierce recording artists have been chosen to enter the competition of a lifetime on THE FOUR: BATTLE FOR STARDOM, hosted by Fergie. These four recording artists, spanning all music genres, will fight to defend their coveted spots on the stage, as newcomers challenge them and try to knock them out of the competition. Each week, if any of the four are outperformed, they’ll go home and their challenger will take their place. The recording artist who is the last standing at the end of the competition will earn the ultimate prize: the panel of industry experts – Sean “Diddy” Combs, DJ Khaled and Meghan Trainor – become key players on their team. Additionally, as part of the grand prize, the winner will be named an iHeartRadio “On The Verge” artist. iHeartRadio’s “On The Verge” program provides artists with unparalleled national reach through on-air radio exposure, as well as digital and social support across iHeartMedia’s powerful range of music and entertainment platforms.

What do you think? Did you watch the first season of The Four: Battle for Stardom TV series on FOX? Do you plan to tune in for the second? Are you already familiar with any of the competing artists? Tell us.