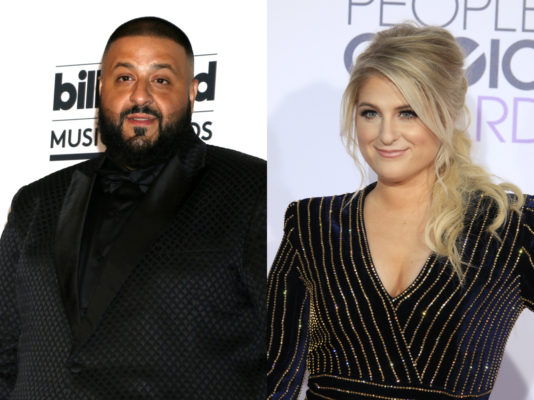 The singing competition series “begins where most competitions end: with the four finalists. Four super-talented and fiercely competitive singers, chosen from their auditions by the show’s panel of music industry experts, will try to defend their coveted spots on the stage, as they are challenged individually by new singers determined to replace them.”

On The Four: Battle for Stardom, Trainor, Combs, Khaled, and record label executive Walk will serve as the show’s panel of experts. The series debuts on FOX on January 4th at 8 p.m. ET/PT.

This show is going to disrupt the world of competition television and will revolutionize the format. It took the right show and network to bring me back in the game. We plan on being the best talent show out there, taking it to that next level and making history again.”

What do you think? Do you enjoy singing competition shows? Will you watch The Four?