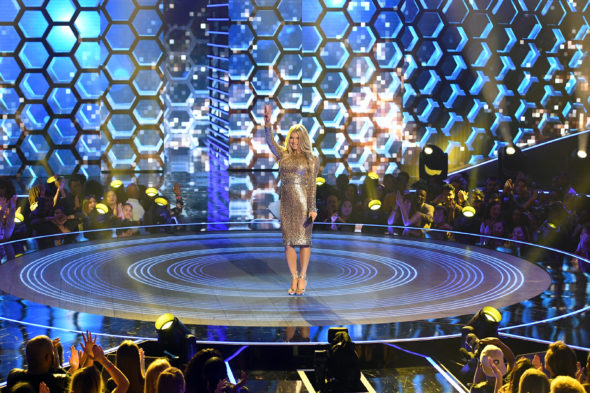 Has the music ended? Is The Four: Battle for Stardom TV show cancelled or renewed for a second season on FOX? The television vulture is watching for the latest cancellation and renewal news, so this page is the place to track the status of The Four: Battle for Stardom, season two. Bookmark it, or subscribe for the latest updates. Remember, the television vulture is watching your shows. Are you?

Airing on the FOX television network, The Four: Battle for Stardom is hosted by solo artist and Black Eyed Peas vocalist, Fergie. On the reality TV series competition, singers face off in hopes of winning a promotional deal with iHeartRadio. Industry pros Sean Combs, DJ Khaled, Meghan Trainor, and Charlie Walk advise the contestants, throughout. In addition to the IHeartRadio promotion, the winner will also benefit by having Combs, Khaled, Trainor, and Walk join their team and guide them toward stardom.

Although it premiered with mediocre numbers, the ratings have perked up in the last couple of weeks. My gut tells me that it will be renewed for a second season. For now, I’ll pump up the volume, keep an eye on the Nielsens and update this page as more data rolls in. Subscribe for free alerts on The Four: Battle for Stardom cancellation or renewal news.
2/8/18 update: FOX has renewed The Four for a second season. Details here.

What do you think? Are you glad that The Four: Battle for Stardom TV show has been renewed for a second season? How would you feel if FOX had cancelled this TV series, instead?