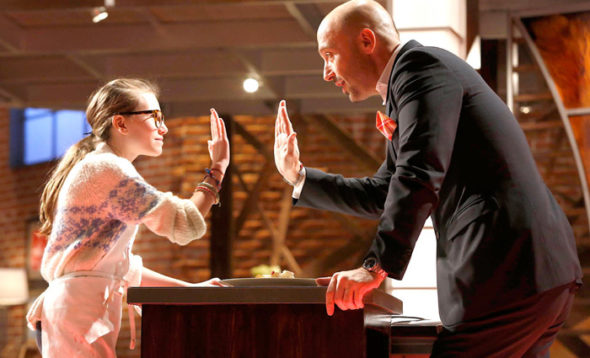 The kids are back in the kitchen. FOX just announced the season seven premiere date for MasterChef Junior.

The new season of the competition series will see a group of talented, young chefs “showcase their culinary abilities and passion for food through a series of delicious challenges.” Judges include Gordon Ramsay, Christina Tosi, and Aarón Sánchez.

Season seven of MasterChef Junior premieres on FOX on February 26th at 8 p.m. ET/PT. Also, as we reported earlier, it looks like the series will be returning for an eighth season.

Entering its seventh season, the series gives talented kids between the ages of 8 and 13 the chance to showcase their culinary abilities and passion for food through a series of delicious challenges. Award-winning chef Gordon Ramsay and renowned pastry chef Christina Tosi will be joined by celebrated chef and restaurateur Aarón Sánchez on the judges’ panel. Season Seven will showcase a mystery box challenge focusing on the most important meal of the day – breakfast. Additionally, the young chef-testants will attend and prepare a meal for 51 circus performers, create a restaurant-quality fish dish, compete to see which team can first roll out a perfect sheet of pasta to 24 feet and power through the fan-favorite restaurant takeover challenge, until one talented kid is named America’s newest MASTERCHEF JUNIOR, taking home the MASTERCHEF JUNIOR trophy and $100,000 grand prize.

MASTERCHEF JUNIOR is produced by Endemol Shine North America and One Potato Two Potato, and is based on a format created by Franc Roddam and Endemol Shine. Robin Ashbrook, Danny Schrader, Elisabeth Murdoch, Georgie Hurford-Jones, Gordon Ramsay, Yasmin Shackleton, Patricia Llewellyn and Ben Adler serve as executive producers. “Like” MASTERCHEF JUNIOR on Facebook at facebook.com/MasterChefJuniorFOX. Follow the series on Twitter @MasterChefJrFOX and join the discussion at #MasterChefJunior. Check out photos and videos on Instagram @masterchefjunior/.”

What do you think? Do you watch MasterChef Junior? Are you excited for the new season?

Yes I watch this every time it’s on, as well as Masterchef. The only thing that I get depressed about is watching kids that cook better than me, and I’m 67.