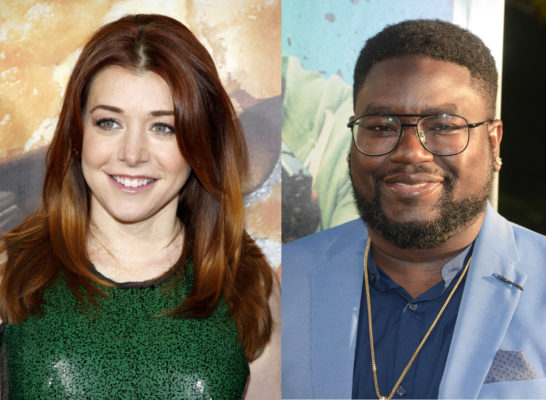 The stars are coming to FOX. The network just announced a celebrity-filled MasterChef Junior special will air on Thanksgiving.

This Thanksgiving, MASTERCHEF JUNIOR gives fans something to be thankful for, when multi-Michelin star Chef Gordon Ramsay and award-winning chef Aarón Sánchez invite celebrities, their kids and some fan-favorite alumni into the MASTERCHEFJUNIOR kitchen, where they’ll show off their culinary skills in exciting contests for charity on the all-new MASTERCHEF JUNIOR: CELEBRITY SHOWDOWN, airing Thanksgiving night, Thursday, Nov. 22 (8:00-10:00 PM ET/PT) on FOX, immediately following NFL ON FOX, in which the Dallas Cowboys face the Washington Redskins.

In between these epic battles in the MASTERCHEF JUNIOR kitchen, host Gordon Ramsay will chat with lifestyle expert, businesswoman and TV personality Martha Stewart to swap holiday-themed recipes for the whole family to enjoy.

The two-hour special features three unique battles, putting each celebrity competitor to the test- with more than bragging rights at stake – the winners earn donations to the charities of their choice. Additionally, the contestants will face their challenges with a sous chef by their sides, whether it be one of their own children or former MASTERCHEF JUNIOR contestants.

Here are the MASTERCHEF JUNIOR match-ups:

Alyson Hannigan and her Daughter, Saty, vs. Lil Rel Howery and his Daughter, Brittni

It’s a parent-child tag-team challenge! TV star Alyson Hannigan (@alydenisof), of “How I Met Your Mother,” cooks with her nine-year-old daughter, Saty, while star of FOX’s REL, Lil Rel Howery, partners up with his daughter, Brittni (age nine).

From going head-to-head on the field to making plays in the kitchen, two NFL legends see who will come out on top in this cooking matchup. Emmitt Smith (@EmmittSmith22), formerly of the Dallas Cowboys, gets an assist from the most recent winner of MASTERCHEF JUNIOR, 11-year-old Beni Cwiakala. Jerry Rice (@JerryRice), who played for the San Francisco 49ers, will be teamed up with MASTERCHEF JUNIOR Season Four winner, 13-year-old Addison Smith.

MASTERCHEF JUNIOR is produced by Endemol Shine North America and One Potato Two Potato, and is based on a format created by Franc Roddam and Endemol Shine. Natalka Znak, Elisabeth Murdoch, Georgie Hurford-Jones, Gordon Ramsay, Danny Schrader, Patricia Llewellyn and Ben Adler serve as executive producers. “Like” MASTERCHEF JUNIOR on Facebook at facebook.com/MasterChefJuniorFOX. Follow the series on Twitter @MasterChefJrFOX and join the discussion at #MasterChefJunior.

What do you think? Are you a fan of MasterChef Junior? Will you watch the Thanksgiving special?

I think this is a wonderful idea. I love MCJ and this will be an interesting evening watching the Juniors work with adults for a great cause. I will be watching!

I think is awesome. I love all of the Masterchef shos