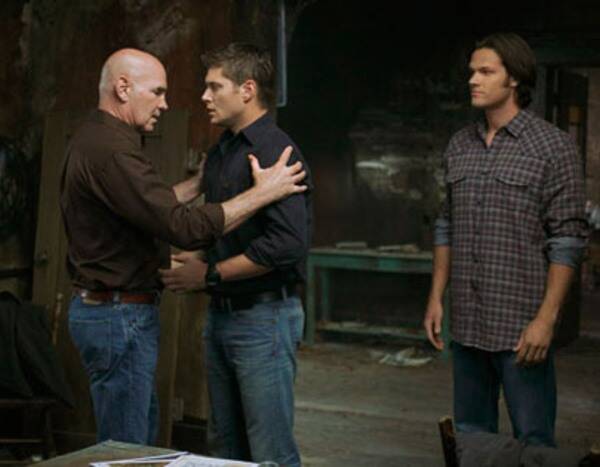 The new Walker now has his dad, and it will be a face familiar to Jared Padalecki. Mitch Pileggi, best known for her role on the X-Files, has joined the reboot series, titled simply Walker, as Walker’s dad. Pileggi appeared on Supernatural as Dean and Sam’s maternal grandfather.

Pileggi joins Padalecki, Lindsey Morgan, and Keenan Allen on the series, which will likely debut this fall. Deadline revealed the following about Pileggi’s role on The CW reboot.

“He is sturdy, conservative and tough as nails but a family man through and through. A third-generation Texas rancher, he’s most comfortable taking care of business on the ranch — in the bullpen, supervising cowboys, training horses. Bonham is a man who speaks his mind. He’s not about to mince words when it comes to talking to his kids.”

Allen will play Walker’s brother, and Morgan is joining him as his partner.

What do you think? Are you excited to see Mitch Pileggi and Jared Padalecki reunited in Walker?

I’d rather see him on Supernatural!

No Chuck Norris, no walker. They should change the name of the show.

I’m glad Mitch will be on Walker. I liked him on the X files and was glad when he started to appear on Supernatural .

Yes . I’m happy to see Mitch as the Dad. I liked him on the X files and Supernatural.

If walker has a dad and brother it ain’t no reboot. It is just using someone else’s name on a to have a new show

I’m bummed, thought it would be Walker’s (chuck Norris’s) son