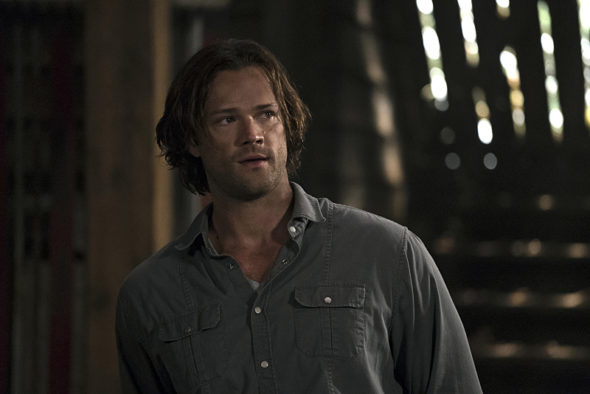 Looks like Jared Padalecki is staying at The CW. Deadline reports the Supernatural star’s new Walker, Texas Ranger reboot will air on the network.

Based on the Chuck Norris series, the action drama will star Padalecki as Cordell Walker, “a widower and father of two with his own moral code, who returns home to Austin after being undercover for two years, only to discover there’s harder work to be done at home.”

The reboot, titled Walker, will be developed by The The CW. Padalecki is set to executive produce the series alongside writer Anna Fricke.

What do you think? Are you a fan of the original Walker, Texas Ranger series? Will you watch the reboot?

I love Jared in supernatural but Walker has not really caught my interest..but I still watch.hoping it gets better.

I watched every Walker in every year. Plus, watch again when any reruns are showed on TV. I look forward to watching the new series with one of my favorite people starring as Walker Texas Ranger! I cant wait to watch!

I always enjoyed the Original Walker:Texas Ranger; never missed an episode. When I heard about this reboot I had hoped that it would be a continuation of the Chuck Norris storyline. So, I guess we’ll just have to wait and see where this reboot takes us.

Just because Chuck is not in it doesn’t mean you cant watch it…it’s almost disrespectful to Chuck Norris…he is old and would and could not be a part of this so just that fact that his legacy is continuing for younger and new viewers to watch is good for him as well so honor him by watching…I’m sure Chuck will watch every episode…and this could encourage people who has never seen the original to watch it…plus it has my girl from The 100…and you never know Chuck might be in here as well you never know, and I would love… Read more »

Look forward to watching it. I hope those who won’t watch because Chuck Norris isn’t in the show will keep their sarcastic remarks to themselves. It’s really frustrating to read their negative comments. If they don’t like it they shouldn’t watch it. Jared is an awesome actor and deserves a chance

I totally agree with what you said. Jared is a great actor and I know he will make a great Walker Texas Ranger. I love Chuck Norris a d I think he would be happy that the show is coming back.

I would watch it ,Jerad is a good actor ,I don’t think he can do any harm to the show

Without Chuck Norris, I won’t watch.