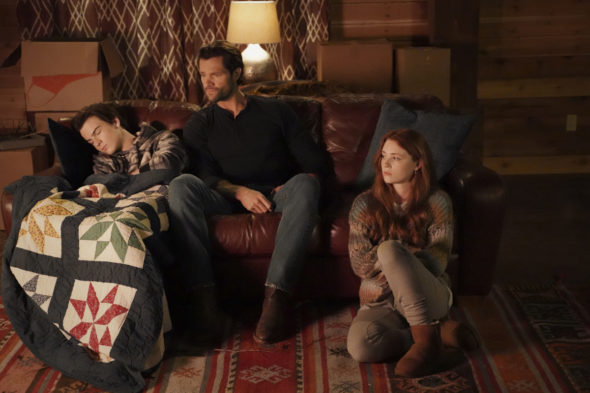 Will this reboot measure up to the original? Has the Walker TV show been cancelled or renewed for a second season on The CW? The television vulture is watching all the latest cancellation and renewal news, so this page is the place to track the status of Walker, season two. Bookmark it, or subscribe for the latest updates. Remember, the television vulture is watching your shows. Are you?

Airing on The CW television network, Walker stars Jared Padalecki, Lindsey Morgan, Keegan Allen, Mitch Pileggi, Molly Hagan, Violet Brinson, Kale Culley, Coby Bell, and Jeff Pierre. It’s a reboot of the long-running Walker, Texas Ranger TV show from the 1990s. In the current story, Texas Ranger Cordell Walker (Padalecki) is a widower and father with his own moral code. He returns home to Austin, Texas after being undercover for nearly a year and discovers there’s harder work to be done at home. He tries to reconnect with his son (Culley) and daughter (Brinson), as well as his brother (Allen), mother (Hagan), and father (Pileggi). At work, Walker’s former colleague is now his Ranger Captain (Bell) and he has a new partner (Morgan), one of the first women in Texas Rangers’ history. Walker tries to balance all the new details in his old life while growing increasingly suspicious about the circumstances surrounding the death of his wife (Genevieve Padalecki).

The first season of Walker averaged a 0.20 rating in the 18-49 demographic and 1.33 million viewers. Find out how Walker stacks up against other CW TV shows.

Will The CW cancel or renew Walker for season two? This show is based on a popular TV series from the 1990s and stars Jared Padalecki, one of the stars of the network’s popular and long-running Supernatural series. It seems primed to succeed and the ratings got off to a great start.  I am confident that Walker will be renewed. I’ll update this page with breaking developments. Subscribe for free alerts on Walker cancellation or renewal news.

2/3/21 update: Walker has been renewed for a second season on The CW.

What do you think? Are you glad that the Walker TV show has been renewed for a second season? How would you feel if The CW had cancelled this TV series, instead?

It was so boring I decided to go into the kitchen to wait for a pan of water to boil.