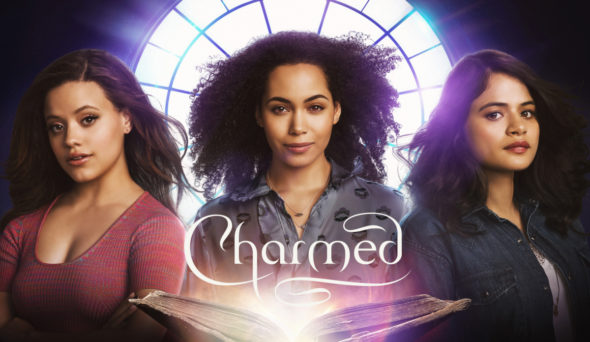 How magical do you find Mel, Maggie, and Macy during the first season of the Charmed TV show on The CW? As we all know, the Nielsen ratings typically play a big role in determining whether a TV show like Charmed is cancelled or renewed for season two. Unfortunately, most of us do not live in Nielsen households. Because many viewers feel frustration when their viewing habits and opinions aren’t considered, we’d like to offer you the chance to rate all of the Charmed season one episodes. **Status update below.

A CW fantasy drama, Charmed stars Melonie Diaz, Sarah Jeffery, Madeleine Mantock, Ser’Darius Blai, Ellen Tamaki, and Rupert Evans. The supernatural series centers on three sisters who discovery they have special abilities in the wake of their mother’s murder. Now the “Charmed Ones” must harness “The Power of Three” to protect humanity from the demons that prowl the earth.

What do you think? Which season one episodes of the Charmed TV series do you rate as wonderful, terrible, or somewhere between? Should The CW cancel or renew Charmed for a second season? Don’t forget to vote, and share your thoughts, below.

Since we’re already into the second season, it would be nice if you would update the show synopses. The show keeps getting better. However, what happened to Ser Darrius?

I love this show and I am so happy it is coming back for a season 2 and I hope it will continue to come back. I love the sisters and it is different from the original but that is what makes the show interesting. I love both shows and I am ready for October. Thank you so much for bringing it back. Keep up the good work.

Personally I think it sucks. Yes something new isn’t bad but this show does suck…. I think the reboot should have been about Piper’s, Phoebe’s, and Paige’s kids like it should have been. This show is really nothing like that story and people would be more positive about the show if it would have been about their children not whatever this show is about. When the actual charmed show came out, I would always be ready for the next episode…. Now it’s like who cares. THINK ABOUT!

At first it was slow, and I dont care if it doesn’t relate to the previous Charmed because I don’t remember it. I just think we needed some time to connect with the sisters and now we have!! So hopefully we get a season 2!

The show was doomed from the get-go. Bad writing, no connection to the previous show, and the SJW output. People like me that watch the first, won’t even give us the time a day

I love this show. It gets better with each episode. I love all the actors and the production values are pretty good. I probably should not have been called a reboot, because it stands by itself with no kin to the original Charmed. Why can’t haters just no watch it and let those who love the show have our new version. It’s a great show and I hope there’s a season 2 through 5 at least.

Please let the haters win. We dont want this reboot, we dont want true fans to never forgive the CW for produce this kind of reboot. Please stop it before it too late.

I wish you renew Charmed not for a second season for much more. Love the show and it deserve at least 8 season. Have so much they can do. Please we want more. Don’t let haters win.