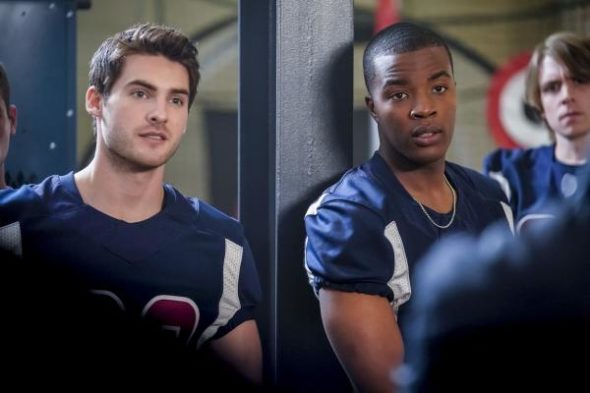 The game isn’t over yet. The CW network has renewed the All American TV series for a third season which will air as part of the 2020-21 television season.

The All American TV show stars Daniel Ezra, Taye Diggs, Karimah Westbrook, Chad L. Coleman, Bre-Z, Greta Onieogou, Samantha Logan, Michael Evans Behling, Cody Christian, Monet Mazur, and Jalyn Hall. Inspired by the life of NFL player Spencer Paysinger, the story centers on Spencer James (Ezra), a rising high school football player and an A student at Compton’s South Crenshaw High. When Beverly High football coach Billy Baker (Diggs) recruits Spencer to join his team, the young man must learn how to live in two worlds at once, maintain his grades, and still leave it all on the field. In season two, Spencer is now a football State Champion who must decide whether he should stay in Beverly Hills or move back to South LA to reunite with his family and play for his father.

Season two of All American (which has 16 episodes) resumes on January 20th. Season three will air as part of the 2020-21 television season and that kicks off in Fall 2020.

What do you think? Are you a fan of the All American TV series? Are you glad that it’s been renewed for a third season?

We love the show! Can’t wait to watch season 3!

Yes, I am glad All American has been renewed. Love the show

I can’t wait for season three

My husband and I love this show. We found it on Netflix and binge-watched the 2 seasons. We will definitely be tuning into CW for Season 3. We can’t wait.

Love this show and glad to know there will be a third season!!!

We home only love this show. We r suuuuper happy will come back 3rd session!!!!!