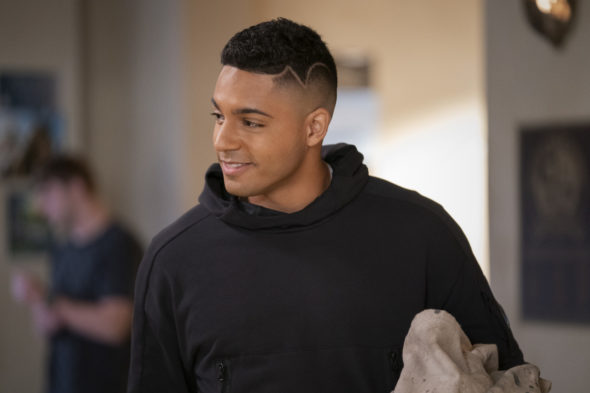 Will this season be a winner for the series? Has the All American TV show been cancelled or renewed for a fourth season on The CW? The television vulture is watching all the latest cancellation and renewal news, so this page is the place to track the status of All American, season four. Bookmark it, or subscribe for the latest updates. Remember, the television vulture is watching your shows. Are you?

Airing on The CW television network, the All American TV show stars Daniel Ezra, Taye Diggs, Samantha Logan, Bre-Z, Greta Onieogou, Monet Mazur, Michael Evans Behling, Cody Christian, Karimah Westbrook, and Chelsea Tavares. Inspired by the life of NFL player Spencer Paysinger, the story centers on Spencer James (Ezra), a rising high school football player and an A student who leaves Compton’s South Crenshaw High for Beverly Hills High after he’s recruited by football coach Billy Baker (Diggs). His family life, personal relationships, and athletic future all changed and grew in ways he never imagined. Spencer makes the tough decision to return to South Crenshaw High for his senior year with Baker as the team’s new head coach. Together, their plan is to bring home a football championship to save the school. In season three, that may prove difficult as the high stakes of the Beverly/Crenshaw rivalry become very personal. In addition, the medical mystery surrounding Spencer’s injured arm significantly affects his game on the field and his relationships off the field.

The third season of All American averaged a 0.24 rating in the 18-49 demographic and 713,000 viewers. Compared to season two, that’s up by 2% in the demo and down by 1% in viewership. Find out how All American stacks up against other CW TV shows.

Will The CW cancel or renew All American for season four? The show got off to a great start in the ratings. The smallest network has been renewing most of its scripted series for the past couple of years so, at this point, I think All American will be renewed. I’ll update this page with breaking developments. Subscribe for free alerts on All American cancellation or renewal news.

2/4/21 update: All American has been renewed for a fourth season.

What do you think? Are you glad that the All American TV show has been renewed for a fourth season? How would you feel if The CW had cancelled this TV series, instead?