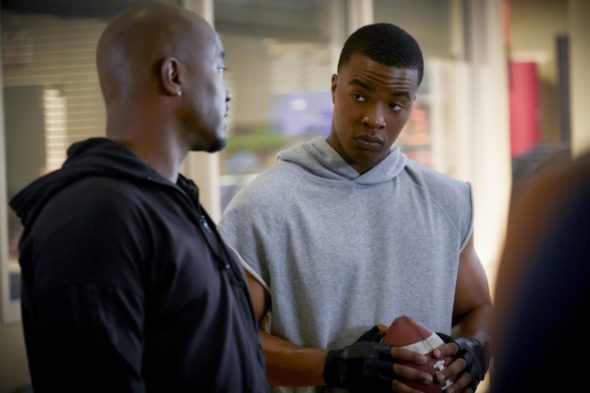 Can this football series win the ratings game? Has the All American TV show been cancelled or renewed for a third season on The CW? The television vulture is watching all the latest cancellation and renewal news, so this page is the place to track the status of All American, season three. Bookmark it, or subscribe for the latest updates. Remember, the television vulture is watching your shows. Are you?

Airing on The CW television network, the All American TV show stars Daniel Ezra, Taye Diggs, Karimah Westbrook, Chad L. Coleman, Bre-Z, Greta Onieogou, Samantha Logan, Michael Evans Behling, Cody Christian, Monet Mazur, and Jalyn Hall. Inspired by the life of NFL player Spencer Paysinger, the story centers on Spencer James (Ezra), a rising high school football player and an A student at Compton’s South Crenshaw High. When Beverly High football coach Billy Baker (Diggs) recruits Spencer to join his team, the young man must learn how to live in two worlds at once, maintain his grades, and still leave it all on the field. In season two, Spencer is now a football State Champion who must decide whether he should stay in Beverly Hills or move back to South LA to reunite with his family and play for his father.

The second season of All American averaged a 0.24 rating in the 18-49 demographic and 719,000 viewers. Compared to season one, that’s up by 8% and 8%, respectively. Find out how All American stacks up against other The CW TV shows.

Will The CW cancel or renew All American for season three? The smallest network doesn’t rely on ratings as much as the other networks. Still, they can be an indication of a show’s popularity. Unless viewer interest in this show wanes significantly, I think it will be renewed. I’ll still keep an eye on the ratings and update this page with breaking developments. Subscribe for free alerts on All American cancellation or renewal news.

1/7/20 update: The CW has renewed the All American series for a third season.

What do you think? Are you glad that the All American TV show has been renewed for a third season? How would you feel if The CW had cancelled this TV series, instead?

I am very upset that I can’t watch this show anymore. I am a big fan of the show. I demand to know why it was canceled. I love all the characters who played in this show. Please bring it back

Please bring it back it is a great show. One that can be watched by teens and very educational so they know they are not the only ones going through the things that our children go through.

Please do not cancel it’s a very great show