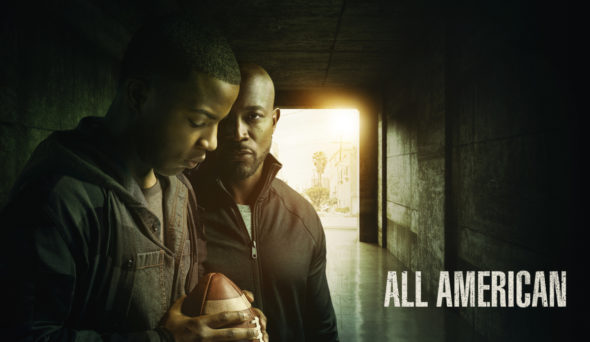 How well does Spencer James adapt to life at Beverly High during the first season of the All American TV show on The CW? As we all know, the Nielsen ratings typically play a big role in determining whether a TV show like All American is cancelled or renewed for season two. Unfortunately, most of us do not live in Nielsen households. Because many viewers feel frustration when their viewing habits and opinions aren’t considered, we’d like to offer you the chance to rate all of the All American season one episodes here. *Status update below.

What do you think? Which season one episodes of the All American TV series do you rate as wonderful, terrible, or somewhere between? Should The CW cancel or renew All American for a second season? Don’t forget to vote, and share your thoughts, below.

*4/24/19 status update: The CW has renewed the All American show for a second season.

Me and my husband love this show we watched every episode together can’t wait for the next season a great family show that keeps you in suspense for the next week !!!

This was the most amazing show I have ever seen see at first by the cover “All American” I had thought first glance that it was an old school movie mind you I didn’t know what an All American was come to find it it’s a brand new show, and so I get to watching it right and it was like my eyes were glued to the tv one episode after another binge watching it I watch it on netflix so I was everywhere anytime it was quiet you’d catch me watching an episode, the cast, crew and producer did… Read more »

My grandson got me started watching. Can’t wait for the next episodes & seasons after the first viewing

Me and my husband love all American. We watched the whole first season in one day because we couldn’t stop watching it. I’d say we probably watch it over and over again. We hope for a second season

Didn’t miss an episode of “All American” Season 1. Am so so happy that I’ll get to see a Season 2. This show has a great deal of energy going on. I am a person who gets bored easily so it is very exciting to see a show that keeps my constant attention every week when I see it such as “All American” has done for me.