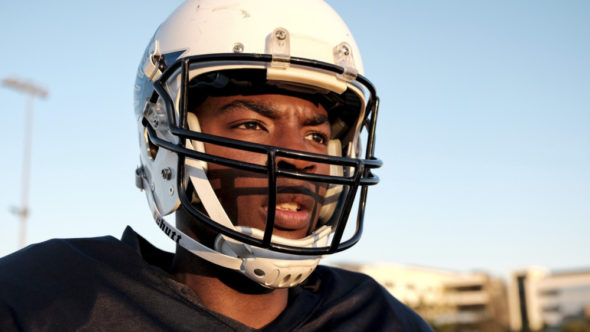 This game isn’t over yet. The CW has renewed their All American TV show for a second season for 2019-20.

A football drama, All American stars Daniel Ezra, Taye Diggs, Samantha Logan, Bre-Z, Greta Onieogou, Monet Mazur, Michael Evans Behling, Cody Christian, Karimah Westbrook, and Jalyn Hall. Inspired by the life of NFL player Spencer Paysinger, the series centers on Spencer James (Ezra), a rising high school football player and an A student at Compton’s South Crenshaw High. When Beverly High football coach Billy Baker (Diggs) recruits Spencer to join his team, the young man must learn how to live in two worlds at once, maintain his grades, and still leave it all on the field.

The first season of All American averaged a 0.22 rating in the 18-49 demographic and 675,000 viewers. While the traditional ratings weren’t impressive, the series is apparently doing well on Netflix so viewership may see a boost in year two.

What do you think? Are you glad to hear that the All American TV show has been renewed? Will you be watching season two on The CW?

Liked the show and hope it returns soon.

YES!! This show got me hooked! Come on guys vote yes (thumb up)

YESSS! It was so good! Come on guys vote yes!

Yes! I got hooked from Netflix and can’t wait to watch season 2!!

Yes I can’t wait to watch the next season. I watched it on Netflix and I was hooked.