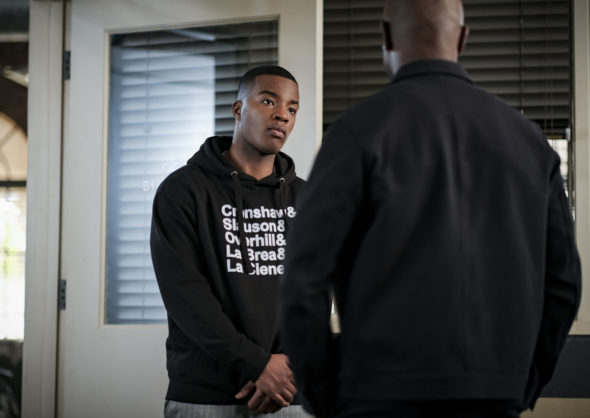 All American is returning for its third season on The CW in January, and Alondra Delgado is joining the cast of the series as a recurring cast member. She is joining Daniel Ezra, Taye Diggs, Karimah Westbrook, Chad L. Coleman, Bre-Z, Greta Onieogou, Samantha Logan, Michael Evans Behling, Cody Christian, Monet Mazur, and Jalyn Hall.

All American is based on the life of NFL player Spencer Paysinger. Spencer James (Ezra) has been forced to make some tough decisions as he pursues his football career.

Deadline revealed more about Delago’s role on The CW series:

“Delgado will play Vanessa Montes, the “new girl” at school and the new head coach’s daughter. Unapologetic and confident, she doesn’t let the extra attention that comes with being the new kid phase her. She has a surprising history with one of her classmates.”

Season three of All American will launch on January 18th.

What do you think? Are you excited for the return of this CW series?

I am so happy AA is soon to begin season 3. Superb acting and storyline. BRING.IT.ON

I hope this show stays relatively calm instead of going extremely one sided. It has a lot of good drama but they need to contain the amount of over dramas that might occur during this time in history. Please keep this straight and narrow try not to get too extreme like it did near the end of the last season. Thanks for reading

Yes, it tells a good story and is well acted.

I enjoyed the first 2 seasons very much.

I especially appreciate the less than normal use of violence and foul language so often ingrained with stories about the difficulties faced by people living in lower socio-economic neighborhoods.

I am so happy that there will be a season 3. I love the cast and the true story that it’s base on. Who is this new cast member?

Yes! I’m so excited to hear that it is returning for a next season. Great Show!