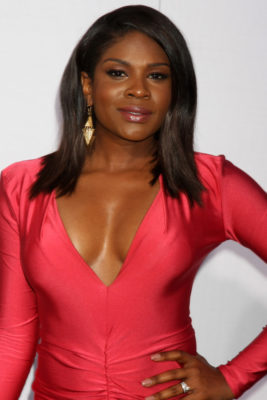 Edwina Findley is headed to The CW. Deadline reports the star of If Love You is Wrong will recur on the network’s upcoming TV show Black Lightning.

Based on the DC comics, the drama centers on Jefferson Pierce, a former superhero who returns to crime fighting because of his daughter, Jennifer. The cast includes Cress Williams, Nafessa Williams, China Anne McClain, and Christine Adams.

On Black Lightning, Findley will be playing “Tori, the beautiful and cunning younger sister to Tobias Whale (Marvin ‘Krondon’ Jones III). Tori’s charming nature is just a facade as she can be just as deadly as Tobias, an exciting threat to the people of Freeland.”

Black Lightning is slated to debut on The CW in 2018.

What do you think? Are you a DC Comics fan? Will you watch Black Lightning