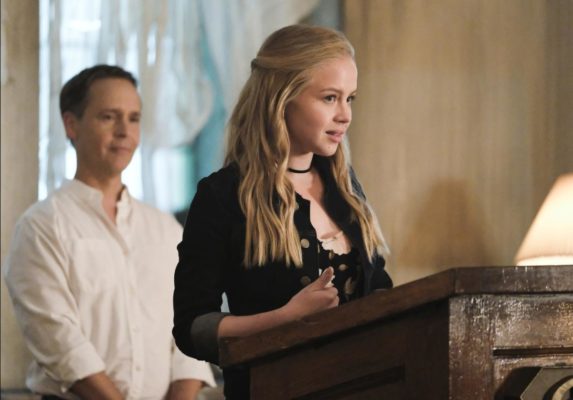 Sofia Vassilieva is sticking with The CW. TVLine reports the Medium and Supergirl actress has joined season two of Black Lightning.

On Black Lightning, Vassilieva will be playing Looker, a mousy bank teller who becomes a vampire who joins the Outsiders superhero team.

Season two premieres on The CW on October 9th at 9 p.m. ET/PT.

What do you think? Are you a fan of Black Lightning? Will you watch season two?

This pic is from “Supergirl”. Not from “Black Lightning”

Looking forward to next season. Thanks.