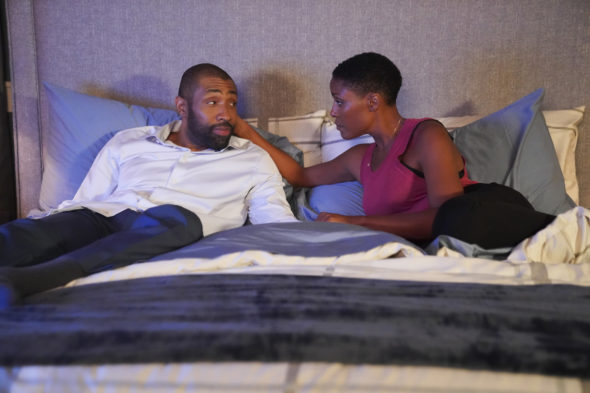 Is the second season of the Black Lightning TV show on The CW as electrifying as the first? As we all know, the Nielsen ratings typically play a big role in determining whether a TV show like Black Lightning is cancelled or renewed for season three. Unfortunately, most of us do not live in Nielsen households. Because many viewers feel frustration when their viewing habits and opinions aren’t considered, we’d like to offer you the chance to rate all of the Black Lightning season two episodes. **Status update below.

A CW superhero drama, Black Lightning stars Williams, Nafessa Williams, China Anne McClain, James Remar, Damon Gupton, Christine Adams, and Marvin Jones III. The CW superhero drama centers on Jefferson Pierce (Cress Williams). While he once waged a vigilante war against crime — using the masked persona “Black Lightning”— Pierce retired years ago and now serves as the principal of a charter high school. Endowed with the amazing ability to harness and control electricity, Black Lightning jumped back into action when his city was overrun with crime and corruption. Now the community stands a fighting chance, but his family may well pay the price.

What do you think? Which season two episodes of the Black Lightning TV series do you rate as wonderful, terrible, or somewhere between? Should The CW cancel or renew Black Lightning for a third season? Don’t forget to vote, and share your thoughts, below.

**1/31/2019 Status Update: Black Lightning has been renewed for season three on The CW. Details here.