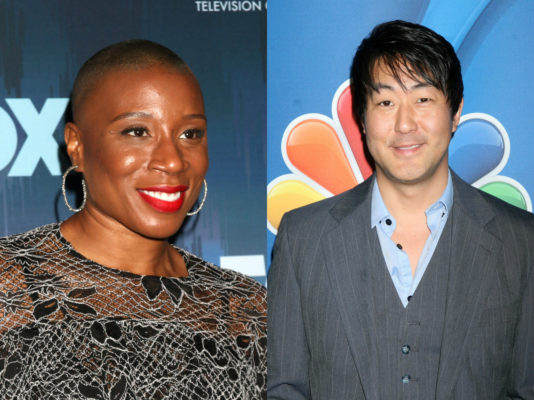 From Ryan Murphy and Brad Falchuk, the drama “explores the high-pressure experiences of police, paramedics and firefighters who are thrust into the most frightening, shocking and heart-stopping situations.” The cast also includes Angela Bassett and Peter Krause.

Production Has Begun in Los Angeles, with Series Set to Debut in 2018 on FOX

Academy and Emmy Award nominee Angela Bassett (“American Horror Story,” “What’s Love Got to Do with It”), Emmy Award and Golden Globe nominee Peter Krause (“The Catch,” “Six Feet Under”) and Emmy Award nominee Connie Britton (“Nashville,” “Friday Night Lights,” “American Horror Story”) star in the series, which explores the high-pressure experiences of police, paramedics and firefighters who are thrust into the most frightening, shocking and heart-stopping situations. These emergency responders must try to balance saving those who are at their most vulnerable with solving the problems in their own lives.

Murphy, Falchuk and Minear are executive producers on the series, along with Bradley Buecker, Alexis Martin Woodall and Angela Bassett. Buecker directs the series premiere episode.

British-born Oliver Stark most recently was seen in a starring role on the cable drama “Into The Badlands,” and in the feature film “Underworld: Blood Wars,” alongside Kate Beckinsale. Stark began his career at a young age attending the North London Performing Arts Centre. He made his first British television appearance on the BAFTA Award-winning BBC series “Casualty,” and followed with roles on the Golden Globe- and Emmy Award-winning series “Luther,” opposite Idris Elba; as well as in “Dracula,” alongside Jonathan Rhys Meyers.

Aisha Hinds recently was featured in the FOX event series “Shots Fired” and the cable film “All The Way,” opposite Bryan Cranston and Anthony Mackie. She also received critical acclaim for her portrayal of Harriet Tubman in the drama series “Underground.” Hinds began her career in schools, churches, prisons, group homes and on the streets of New York City as a cast member with a local Brooklyn-based group of young artists called the Health Watch Players. She went on to obtain a B.F.A. in theater at the University of Miami and graduated with honors. Hinds’ break came when she was cast on “NYPD Blue.” Her additional television credits include a series regular role on the drama “Under the Dome,” as well as recurring roles on “Hawthorne,” “Weeds,” “Dollhouse” and “True Blood.”

Kenneth Choi’s role on 9-1-1 reunites him with Murphy. The two worked together on “The People v. OJ Simpson: American Crime Story,” in which Choi portrayed Judge Lance Ito. His additional television credits include THE LAST MAN ON EARTH and “Sons of Anarchy.” On film, he most recently appeared in the blockbuster “Spiderman: Homecoming.” He next will appear in the feature films “Bright,” from director David Ayer; “Stephanie,” with Frank Grillo; Nash Edgerton’s “Gringo” and “Hotel Artemis,” alongside Jodie Foster and Sterling K. Brown; as well as the cable series “Counterpart,” with J.K. Simmons. Choi’s other credits include “The Wolf of Wall Street,” “Suicide Squad” and “Captain America: The First Avenger.”

Rockmond Dunbar is best known to FOX audiences for his role as “Benjamin ‘C-Note’ Franklin” on the network’s drama series, “Prison Break,” as well as the recent event series of the same name. He also starred opposite Aaron Paul and Michelle Monaghan in the streaming drama series “The Path.” Dunbar’s additional television credits include “The Mentalist,” “Soul Food,” “Terriers” and “Sons of Anarchy.”

I love the show. Praying for another season.

Enjoyed the first episode. Good variety of characters with excellent actors. Just enough different from other police/firefighter series. Like Connie Britton in this role.