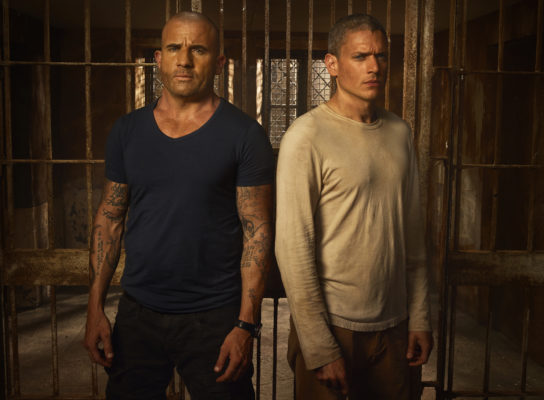 Will Prison Break be back for another season? Recently, FOX chief Michael Thorn revealed the network is developing a new iteration of the TV show, Deadline reports.

At this week’s Television Critics Association press meeting, Thorn declared there is definitely more Prison Break planned for the future:

We’re developing a new iteration of Prison Break. We’re really excited. We’ll be happy to share when we have more. We definitely have one in development.”

Though, it’s unclear at this moment if the FOX series’ original stars and creators will be back for this new iteration.

What do you think? Are you a fan of Prison Break? Would you watch another season?

I love this show…..please hurry back with more episodes

Only with the original cast! we dont need another 24 legacy!

Yes but want W miller and Dominic back as lead characters. LOVED this series and the last year comeback as well. Thanks so much

must be original actors !! please, please !

Yes yes yes bring it back that is THE best show that was ever on TV the acting was fantastic the cast awesome I was very upset when it ended years ago and was so happy to see IT return last year I MUST SAY THE RETURN OF PRISON BREAK was better then ever I’m very excited to see what the new one has in store!!! I’ll be waiting!!
Hail PRISON BREAK !!!